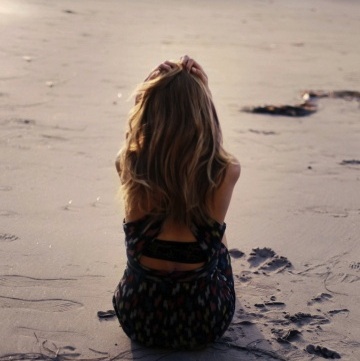 This piece originally appeared on Your Bella Life

Whether you’re doing the breaking up or being broken up with the situation is never pleasant! Ending a relationship in which two people have invested time, energy, and love is difficult. There’s no guidebook to breaking up, but as someone who has handled the end of relationships in both mature and not so charming ways, I’d like to share what I’ve learned along the way.

1. Come from an extremely loving place

If you’re breaking up then there was obviously a time when you felt the butterflies and love for the person you were together with. No matter how serious the relationship or if it lasted years or months, come from a space of deep love. This means hearing the other person out and understanding that they’re hurting and uncomfortable too. I know it’s cheesy, but it’s so true, treat others like you would want to be treated.  Would you like to be texted that a relationship is over? No. So don’t do that to someone else.

Directly related to the “Golden Rule” is compassion. No matter what side of a break up you’re on, be kind. I know this can be hard especially if you’re mad and hurt, but you’re never going to regret being compassionate even if you’re taken off guard. The other person is scared and sad just like you. Being nice can be hard, I know! Keep in mind that the person is doing the very best they can in that moment.

Being compassionate also means having compassion for yourself. You don’t need to be fixed. There’s nothing wrong with you. Don’t  blame  the failure of the relationship on either party. Endings occur because you’ve learned the lessons you were meant to and it’s time to move on and grow through different experiences. That’s all. It doesn’t mean you’re unlovable. You totally deserve love! What you’ve learned in this relationship was what was best for your own personal growth and so is the break up.

3. Be honest, but not dramatic

Pleading, screaming, stomping, facebooking, tweeting, instagraming your feelings are actions that could potentially live forever on the internet and definitely in the mind of your ex. It’s hard to communicate feelings! Why do you think so many people avoid it? Be honest with how you’re feeling without being dramatic. Your point is always better made when you’re centered and calm.

Sometimes a break up is surprising. Sometimes it’s in public (I was once broken up with in a Starbucks). Sometimes it’s in the home you share. All these scenarios can you leave you feeling confused over what to say. Once you’ve gathered up your thoughts and have had a conversation around the break up that’s that. Calling up later with follow up questions will only leave you wanting more. You’re never going to feel like you said everything perfectly. Trust everything that was meant to be said, was said. You’re also doing your absolute best in that given moment!

Sometimes not ending up together is the happily ever after part of the relationship. It’s unfair to yourself as well as your partner to keep texting or calling after the break up. Moving on is best done when you take space to get to know yourself again. Date yourself for a while! If you’re meant to be together in the future then you will be guided together without any forcing on your part. Take the time as an opportunity for self-growth.

5. Don’t deprive yourself of the grieving process

It’s totally okay and normal to be sad! You can still have a strong sense of inner worth as you cry over an ex-boyfriend. Let yourself feel the emotions that are coming up. It’s the only way to really release them. As Robert Frost said, “The best way out is always through.” Cry. Talk to your friends. Write in a journal. Take up a new hobby. The grieving process is an important part of letting go.  When you shift your mindset to see a break up as a new beginning disguised as an ending it becomes a lot easier to embrace what lies ahead instead of clinging on to the past.

All break ups are unique hitting different levels on the emotional scale. You’re never going to regret being loving and compassionate even when a relationship ends. Having an open heart makes you a better person. Spend some time going inward. Remember that those who are to meet will meet and that when you’re ready, your next relationship will flow effortlessly into your life at the right time.