anxious? I got you!

check out this pep-talk podcast playlist to help you

For those of us that overanalyze…

Have you ever hung out with people, had a great time, only to wake up with anxiety about what you said or did? If you’re someone that replays every stupid thing you did in your head, this episode is for you. I share my major tips for curing an emotional hangover and how to cut yourself slack for being human.

how to deal with anxiety

Have you ever felt anxiety begin to creep up and then you start to worry about  feeling anxious on top of it? I get it. I’ve been there too. This anxiety checklist is what I go to first when I feel anxiety coming on. I take a look at this list, make some tweaks, and am able to help myself feel better. 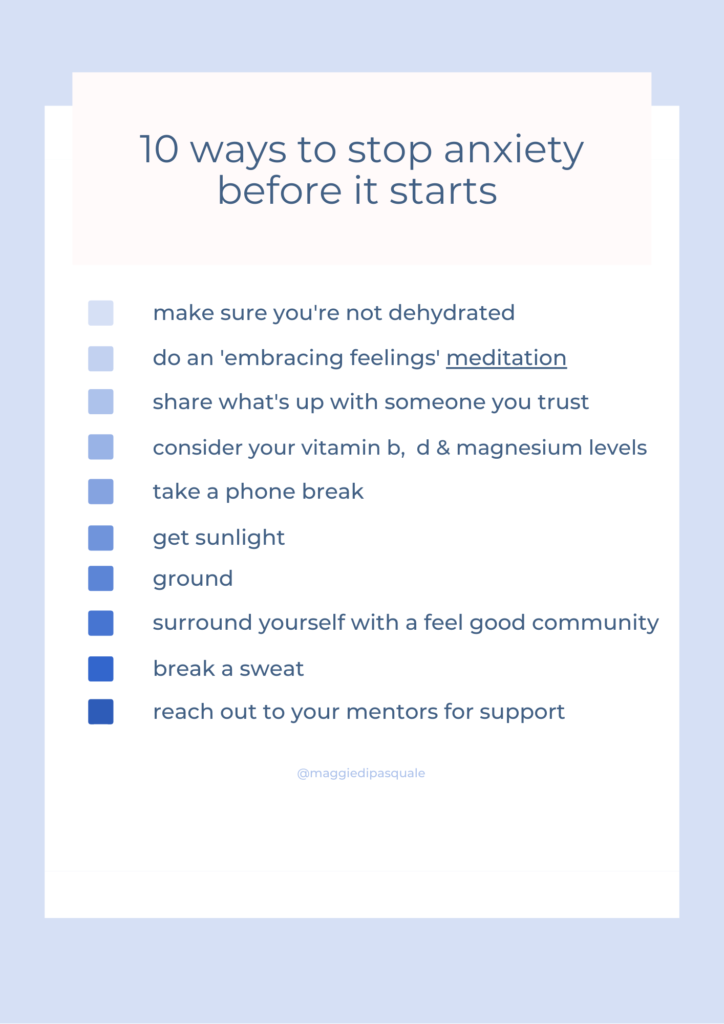 Here’s the meditation I do when I feel anxious:

Jealously has been a sneaky side effect of the pandemic. It’s easy to think that someone has it better than you when there are all different levels of school and work opening for fall. Jealously can actually be used in a really positive way if you know what to do with it. Today’s pep-talk, I share how a moment of jealously helped me and how you can use it to get what you want in your life.

This week’s theme is “can’t care”

Even though much of my work is focused on mentoring teens, I spend just as much time speaking with moms. I hear about their hopes and worries for their girls. One common theme that’s popped up centers around raising capable kids. Everyone wants their daughters to be able to take care and advocate for themselves. It might seem backwards, but one of my secrets to raising capable kids is to let them fail.

I was given permission to share the following story:

I had a mom recently whose daughter was really excited and motivated to try out for the school play. The mom was concerned because her daughter didn’t have play experience before and the kids in the class could be particularly cruel. She wanted my advice about what to do. I suggested that if her daughter was excited and wanted to do it then she should let her. If she made the play it was a great learning experience. If she didn’t make the play it was a great learning experience.

Even though we want to, we can’t protect our kids from everything. We can guide them and help pick them up when they fall down. I think it’s important for girls to know that even when things don’t work out the way they hoped, they can learn and grow from experiences. Capable kids have the ability to trust themselves, which starts with their parents trusting them too.

Today, I’m getting a little personal and sharing part of my morning routine. I believe happiness is a habit. Just like we have to work at dance, sports, school, and more to deepen our practice in those subjects, we have to be willing to put in the time when it comes to happiness. Today I’m sharing my tip for training your brain to have a good day.

I’ve received so many SOS texts about Halloween that I actually feel bad that I’m just doing this video now. Between group costumes and parties the drama has been all over the place. Halloween is a holiday that brings up a lot of issues around inclusiveness, which is HUGE and important to middle and high school girls. Today I’m talking about my two approaches to Halloween stress.

Do you have conditional friendships? If you feel like someone is only friends with you based on certain terms then this video is for you!